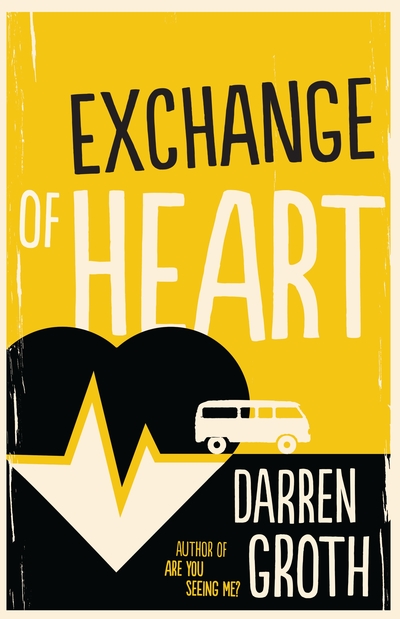 If you were impressed with Groth’s 2014 novel Are You Seeing Me? you will be likewise taken with his new one and his ability to blend heartbreak and humour into one splendid story.

Munro Maddux has taken a desperate step in his grief and guilt over his little sister’s death. Evie was just 13 and had Down’s syndrome, and when she suddenly died of her supposedly low-risk heart defect Munro’s feelings of big brother inadequacies have completely undone him. Unable to rid himself of an inner voice his therapist has named the ‘Coyote’ and with his grades at school failing as well as his social interaction, he makes a huge decision to go on a student exchange to Brisbane.  It’s a long way from Canada to Queensland and Munro’s parents are not coping so well with his departure although they are trying to assuage their own grief with building a foundation in Evie’s honour.

Placed with a very understanding family, Munro with his Aussie ‘brother’ Rowan slowly begins to find his way in the social morass of Sussex High – not without some hiccups – but with an added bonus of a sympathetic Caro. But it is when he is placed at Fair Go for his community volunteering that his healing really begins. As the Life Partner for a disparate group of young people who reside in this assisted living facility for reasons Munro forms bonds that are destined to become unbreakable. Will it be enough to silence the Coyote forever?

Groth brings his wealth of experience as a special needs teacher and the parent of an autistic child to this novel breathing life into his characters at Fair Go with an astute awareness of their strengths, weaknesses and vulnerabilities.

There is a real tenderness in this novel which the reader feels palpably as we begin to unravel Munro’s real issue with his sister’s death and his growing attachment to his new life after Evie.

There is some swearing which might rule this out for some collections or restrict it to Senior but it is a beautifully written book full of emotion and empathy.

I highly recommend it for readers 15 upwards. Put in your pre-order now!