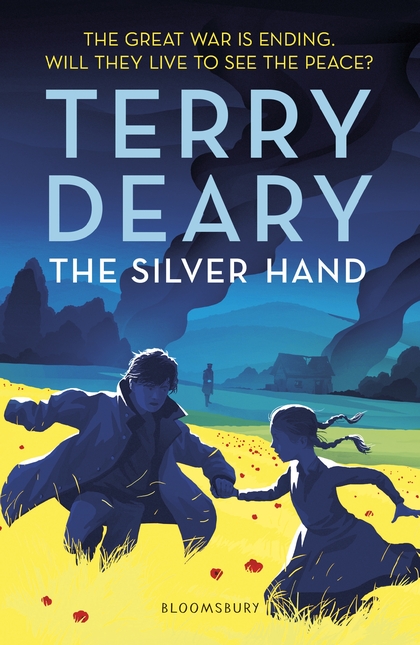 We all know Terry Deary’s expertise in bring history to life – witness the success of Horrible Histories. Now he turns his hand to a lesser explored part of history in the closing days of the First World War, examining this through the eyes of two children.  Aimee Fletcher is the daughter of a French woman and an English father, living in Bray, Northern France. Aimee’s father is M-i-A and her mother, as she discovers, is a valued member of the White Lady group – a dedicated and successful espionage network working to defeat the Germans. Marius is a young German boy who has learned much about healing from his grandmother and determines to go to help the soldiers if he possibly can.  These two meet as the ebb and flow of Allied/German occupation in the last days of the war play out.

With formidable skill Deary presents significant historical figures to young readers including a young angry Adolf Hitler, Baron von Richtofen aka the Red Baron and General Haig as the battered German army, starving and disassembled, try to claw back some dignity and the Allied forces push them further.

Amidst this the two youngsters are caught up in a dangerous cat-and-mouse game of spies, traitors and valuable information and play their part with a growing respect for each other.

Readers will gain a useful background to the motivation behind the Great War and its ultimate resolution – which sadly, also lead to the Second World War, whilst seeing it in terms of personal experiences.

This would be a superb addition to a ‘read around’ fiction collection for the First World War as well as for those children who enjoy historical fiction.

Highly recommended for readers from around ten years upwards.