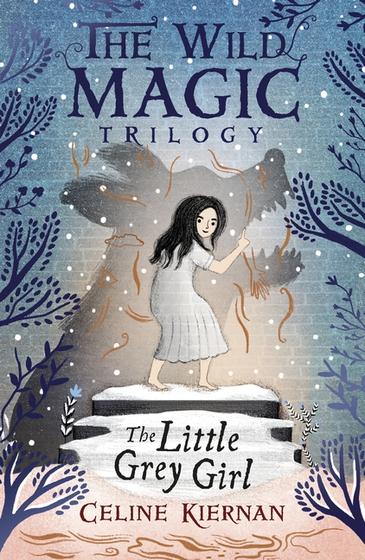 I absolutely loved Begone the Raggedy Witches which was the first in this trilogy so was pretty chuffed when this second instalment arrived. The Queen and her raggedy witches have been routed and Mup’s Ma is the new queen having taken her rightful place in the strange new world in which the family finds itself. But things in Witches Borough are not yet safe. The long cruel reign of the old queen has left many festering wounds among the people and more, the ghosts that inhabit the castle. One in particular possesses a terrible magic which threatens to overturn the new order and destroy Mup and her family.

The little grey girl ghost proves to be elusive as well as intent on destruction, and Mup along with her friend Crow are in grave danger as they attempt to uncover both her hiding place and her motives. While Ma tries to placate the remaining witches and clans, Mup is faced with harnessing her own newly discovered powers in order to thwart the ghost’s intentions and right ancient wrongs.

This is an intriguing narrative and though often seriously creepy will have the lovers of such spooky magical tales fully entranced as they follow Mup’s unravelling of the sad and heinous history of her grandmother, the old queen. Readers will find themselves urging Mup to keep up her courage, protect her family and to not succumb to the terrors the ghost produces.

Highly recommended for stout-hearted readers from around ten years upwards.