You can well imagine how I leapt at the invitation to meet up with Rachel – aka R. A. Spratt – which came via the delightful Zoe, publicist with Penguin Random House. We had a delicious time chatting and laughing and I managed to sneak in a few questions on her professional life – as well as learning more about this very talented writer.

In case you didn’t know R. A. began as a writer for TV and had a very successful career doing so before switching to children’s books – and half a million books later, has certainly proven her outstanding ability with that venture! She told me that her first contract was offered the day after her oldest daughter was born so she was taking the phone call resting up in the maternity ward. Talk about double excitement! The only possible issue was that the offer was for two books with the second one to be delivered in three months – three months with a newborn? Easy peasy (!!) – not – but without hesitation she was into it and of course went on to deliver another six episodes in the hilarious and still so popular Nanny Piggins series.  Friday Barnes – Girl Detective was the next series to emerge from this fertile brain – and when it came to an end not so long ago – also after eight books, I had girls literally wailing with despair at their loss.

Now we have another new series rolling out with The Peski Kids and I’m told the third installment is completed.  I am reliably informed that this will also be an eight book series and workshopping for the next “high concept” venture is already underway – what a woman!! She’s a real powerhouse!

I asked Rachel about her main female protagonists – Nanny P, Friday and April – and commented how quirky, feisty and often opinionated they are, though totally endearing. It would seem that they are in many ways a reflection of their creator – well I never! *wink*.

I mentioned that I had been reading some material on Anthony Horowitz earlier in the day and his comment about the leap from writing for television and for children is not that huge a chasm as they are both about fast paced exciting events and relatable characters – Rachel agreed and went on to say that originally Nanny Piggins was to be a ‘pitch’ for a tv show so when she actually tackled it as a book she wrote it in exactly the same way  as she would have approached a sit-com – cast of six main characters, one central location and ‘floating’ cast plus the high level excitement ‘events’.

R. A. works from her home office amidst the busy-ness of raising two girls and a dog – along with her writer husband.  I knew already that she is extremely fit – and does completely ridiculous looking stunts like hanging upside down at the gym and running in potato races (am I right with that?) but didn’t know she also teaches bell-ringing at her local church in the lovely locality of the Southern Highlands (what a beautiful spot it is!).

She is currently in Brisbane cramming in a load of school visits – lucky children!- and one day I hope to see one of her very animated presentations. Within the last week Nanny Piggins’  tenth anniversary was celebrated at The Children’s Bookshop to much enjoyment from the many in attendance., both children and adults.

Thank you so very much for sharing such a pleasant time with me Rachel – all I can say now is that my kids at school are going to elevate me even further to goddess-like status by virtue of my associations!  And of course thank you to Penguin Random House for allowing me the pleasure of reading plethora new books from so many talented writers for children.

Here’s Rachel in action at the anniversary celebration… 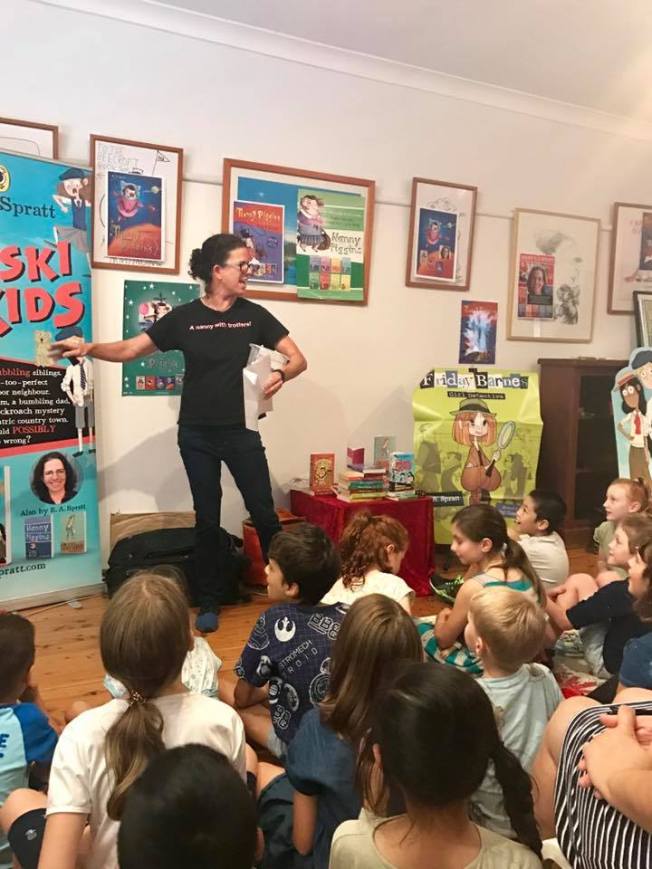 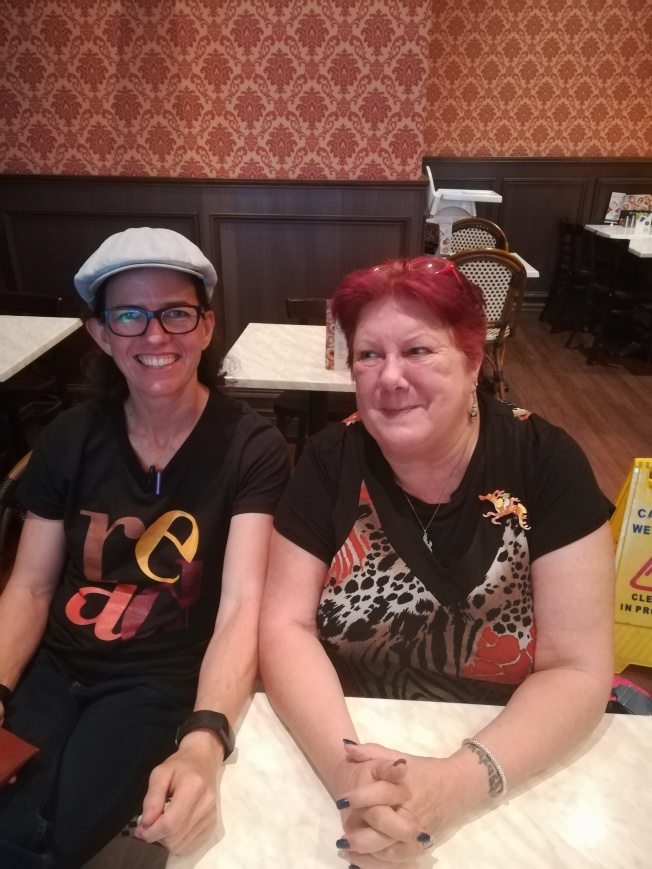