Without doubt we (as educators) have all met a Bowen Bartholomew Crisp at some point and many of us will remember our first encounter with a neuro-diverse child before we were even fully aware of such diversity. And we also know, that these children are among our most memorable for their completely unique outlook on life and the sparky quirkiness they often display. And then there are those of us who have the daily joy of living with a child who is diverse, making our lives rich and full. 🙂

As a little boy and throughout his life, Bowen has had so much on his mind, and so very much he can share but sadly, does not always get the opportunity, as others are usually too impatient or short-sighted to value his different way of thinking. Thankfully his mum knows exactly what he needs to share his thoughts and know how much they are valued. It is not until he is grown up that Bowen’s special talent for thinking in a different way is able to burst forth resulting in amazing creativity. And as we well know, it is often just this way in real life. Thank goodness for diverse thinkers!

This is a beautifully realised picture book where text and illustrations mesh together perfectly to bring a sensitive portrayal of neuro-diverse children to younger readers. Clearly in a classroom setting we want our children to understand and embrace these differences but just as obviously this is so important for our own children in a home setting.

We can always depend on EK Books to bring us the books that celebrate differences and provide insight for young readers on a wide range of topics and as usualy, I highly recommend this delightful book to you for readers from around 5 years upwards.

What an absolutely stunning debut novel from Katya Balen! Simultaneously heart-breaking and uplifting Balen examines the difficulties faced by a child living with a special needs sibling.

Frank is ten years old. He loves soccer and space, he loves secret codes and playing in the ‘Wilderness’ with his two best friends. He loves living in his funny dilapidated house with his loving mother and father and he sort of loves his 5 year old brother Max who is severely autistic. Really Frank is struggling with his relationship with Max and often resents the way his little brother’s condition monopolises his mother’s attention and creates general havoc in the home and anywhere else. He knows that his mother and father love him dearly but there are times he wishes that they were in the same place they were before Max arrived.

His mum’s constant affirmation of her love for them all is the lodestone to which Max clings and the rare moments they spend together just the two of them are infinitely precious to him.

When unspeakable tragedy strikes Frank is even more at odds with his brother but gradually through the support and intervention of understanding people such as neighbour Mark as well as his friends, Frank begins to piece together a new cosmos for his family – one that is different and not always easy but one in which Max is no longer light years apart from him.

Tissues are needed for this as there was a great deal that hit a little too close to home for me and it would be best that readers of a sensitive nature should be cautioned about the often very emotional content but it is a truly fabulous read. Often the voice of a sibling who finds themselves in this situation is glossed over or idealised or even just ignored. This book addresses the very real conflict that such children can experience and shows that there can be a way forward.

Highly recommended for readers from around 12 years upwards. 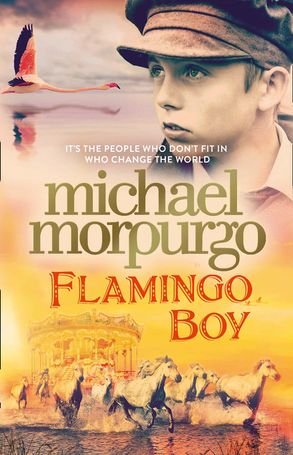 With his expected flair Michael Morpurgo takes some history and transforms it into a fascinating and poignant narrative blending modern day and World War II.

Young Vincent is about to take his final exams and is finding it difficult to focus and be motivated. In an effort to do so he promises himself he will visit the location of his favourite picture given to him by his grandparents. It is one of another Vincent’s works – boats on a beach in the Camargue, in the south of France. Duly with exams behind him Vincent takes himself camping but becomes seriously ill. Taken in by a kindly though odd older couple from a farm he recuperates slowly and is the audience for their combined story. Autistic Lorenzo and Romany Kezia first became friends at age eight when Kezia’s parents set up their carousel in the marketplace of Aigues-Mortes. There the two met; the boy who could not communicate well and the girl despised as a filthy gypsy – neither of them fitting the ‘normal’ social mode.

When the war came to Vichy France and the Nazis swarmed there was danger for both of them so Lorenzo’s family farm became a refuge for both. War breaks many things as does nature and when the carousel, the last remnant of joyful times, in the little marketsquare is destroyed, life seems very bleak indeed. But dark times bring out the good in many – families, communities and even some soldiers. A kind sergeant with a knack for carpentry becomes an unlikely ally as the children and the families heal.

Morpurgo’s beautiful descriptive writing and the almost lyrical nature of his narratives do not fail readers yet and this is another of his novels destined to become a classic read.  Rather than focusing on the evils of the war he chooses to highlight the humanity and hope that prevails in difficult circumstances.

Highly recommended for readers from around eight years upwards. 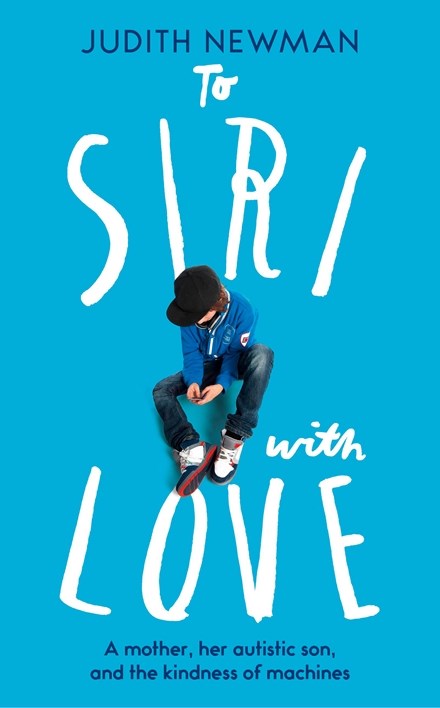 Subtitled: A mother, her autistic son and the kindness of machines, when I first looked at this I felt confronted because of the subject matter. For those who know, my Small has various issues some of which closely align to children on the spectrum.

This was hilarious and poignant, lively and serious and above all is saturated with the immensity of a mother’s love and protection of a vulnerable child.

The author is by no means conventional. A successful New York journalist who keeps a separate apartment to her retired opera singer husband and conceived her twins late in life, Judith has two teenage boys – Henry and Gus. Gus is autistic and there are few things in his life which resonate quite so significantly as he readily ’employs’ Siri, the Apple personal assistant. Siri is always ready to answer Gus’ endless questions or remind him to speak clearly or to simply respond to him with a different kind of human-ness to which his autism can relate.

Throughout, as well as the ups and downs of just one year in their lives, Judith shares valuable information about the latest research and most recent developments in supporting children and adults with autism.

There were moments I felt myself laughing with the recognition of similar incidents or conversations and then there were moments when I was teary understanding all too well Judith’s concerns for  Gus’ future.

I cannot recommend this highly enough to you particularly if you have a family relationship with a similar child or are an educator or simply would like to understand more about this very pervasive and often isolating disorder. To my mind, it is a ‘must read’.

Are You Seeing Me? – Darren Groth

In the past few months I have been slightly disappointed in the Australian YA fiction which I have encountered, as compared to the international ditto.

This book knocked that opinion for six. Darren Groth has written a sensitive, funny and insightful novel that explores themes and issues common to many families in dilemmas of family relationships, confusion and identity.  Justine and Perry are twins. Justine is bright, capable, caring and logical. Perry is also bright, capable, caring and logical but with one major difference.

“Perry has a brain condition that can cause him to feel anxious or upset in different places and circumstances. He has trouble with people – mixing with them and communicating with them – and it sometimes results in inappropriate behaviours. I appreciate your understanding and patience.”

This is almost Justine’s mantra. When she and Perry were around four, their mother ‘took off’ and their father subsequently raised the twins with loving support and insightful belief. Sadly, shortly before their 18th birthdays, Dan (Dad) dies due to an unpleasant and lingering cancer condition. Since the time their mother left, Justine and Dan had cared for Perry – Justine, as his twin, with enormous empathy even at the age of four. However, unbeknownst to either Dan or Perry, Justine has begun some contact with her mother and following their father’s demise, she decides it is time for Perry to also be introduced to his mother (who now wants to be part of their lives). This is especially important as the pair has made a decision, based on their father’s thinking that Perry will move into sheltered independent (semi-independent) care and Justine can pursue her own life.  Before this event, Justine makes the decision for the two siblings to go to America and not only pursue Perry’s quirky interests (seismology, mythical beasts) but also to meet their mother.

This is a road trip with a difference.  There are numerous complications, scares and surprises along the way but eventually a resolution that is neither cloying nor predictable.

My opinion is that this is a marvellous novel for exploring what constitutes the ‘caring, competent, logical’ persona, family relationships, mother/father and siblings and ‘letting go’ of preconceived ideas, values and beliefs.

I would highly recommend this novel for students, both boys and girls, from around 14 up. There is nothing untoward that would justify a ‘senior’ label but does require some maturity of thought to grasp the concepts.