So as I chuckled my way through this (and truthfully at times snort-laughed) I thought to myself ‘I reckon Shakespeare would entirely approve of this retell’. After all, he did write to entertain or move people but he also wrote to subtly convey his opinions about topics and issues relevant to his age. And in what some would dismiss a mere comedy he cleverly illustrated the excesses of power and the selfishness of individuals determined only to further their own desires and goals.

Peaseblossom, who would rather be known as Pete, is not one of the most significant characters in the original play but takes front and centre in this version. He does have a pretty responsible job in the Fairy Court being a Potions Fairy and the apprentice of Puck. He is destined to marry on Midsummer’s Eve and be promoted to first assistant in the potions game but he is far from satisfied with life in the fairy realm. His real passions are his love of great pizza and the beautiful Gaela, a smart selkie, posing as a pizza chef many years into the future.

Pete is pretty fed up with Oberon and Titania giving orders and creating chaos willy nilly amongst both fairies and humans, and is just as displeased when he finds a bunch of vampires behaving in pretty much the same way in Gaela’s life. Being rather savvy and far worldlier wise than some of his fairy comrades Pete has the right antidote to both these dilemmas.

This is an elegant and timely reminder to us all that, despite the somewhat parlous times in which we live, we all have the power of free will and can make choices that will be positive for ourselves, our race and our earth. The layers underlying the light heartedness will be a springboard to much rich discussion on ethics and self-determination.

Check out the teaching notes here. 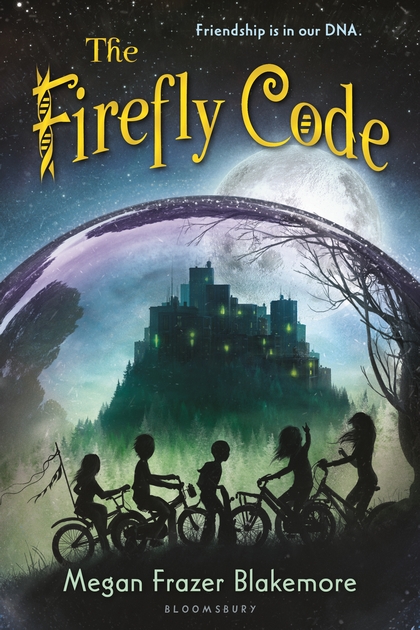 Mori and her friends have grown up a tight-knit circle in their neighbourhood in Old Harmonie.  They believe their life to be normal and regular although they know their city is ‘apart’ from others, except for similar communities around the world.  Their world is sheltered from the outside and well-ordered with state of the art scientific benefits.  Mori’s grandmother and her dearest friend Dr Varden were the founders of this Utopian settlement, with their research into genetic enhancements leading the way for a perfect world. But Baba died when Mori was just little and even before that Dr Varden had left Old Harmonie in mysterious circumstances.  Now the city like its counterparts is run by the huge corporation Krita. Still all seems to go on in the same undisturbed manner as always. Every one’s house has the same floor plan, every family eats the same food delivered weekly, every one follows the same rules.

Then Ilana arrives. The new girl in the neighbourhood is beautiful, graceful and athletic to a point of disbelief. But there is something odd about her at times. The way she speaks, the memory lapses and the lack of social mores all point to her being somehow not the usual kind of kid.

The kids of Firefly Lane are curious and not just about Ilana but also the mystery of Dr Varden and their explorations reveal something quite sinister and disturbing. Not least of all is the revelation about Ilana and eventually the planned outcome for her as a ‘failed project’.

This is a mesmerising dystopian novel for younger readers which would lead to deep and philosophical discussions in much the same way as Lowry’s The Giver.

In a 21st century world where designer babies, artificial intelligence and humanoids are becoming more and more commonplace, this narrative has many themes worth investigating and debating.

The second episode is on its way and I have no doubt it will be just as intriguing as the children strive to discover answers and solutions to their many questions.

Highly recommended for able and discerning readers from around ten years upwards.