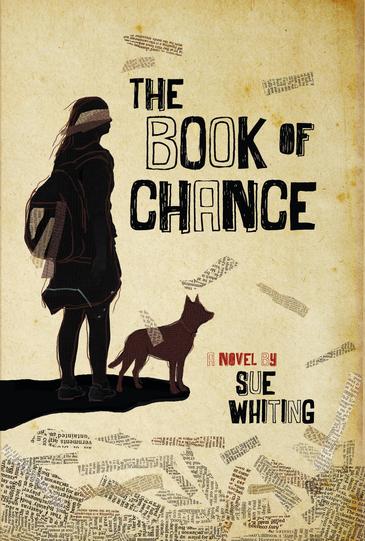 For Chance Callahan life has always been simple and straightforward. She and her mum and her dog, Tige, have a happy existence with their almost-family next door including Chance’s best friend Alek.   The two girls are about to start second term at their girls’ secondary school and looking forward to it greatly.

Since she was a mere toddler Chance has been an ‘all or nothing’ kind of kid – she sees things as black-and-white with no room for shades in between but things are about to impact that will force her to consider that there is room for blurring the two.

When a home makeover reality show chooses Chance’s entry to surprise her mum a chain of events unravel beginning with the producer remembering the fire that killed her father before she was born and then the discovery of photos which confirm her mother was not pregnant at that time, as she had told Chance. Her confusion is further complicated by old newspaper articles she finds hidden away in her mother’s special cabinet, detailing a horrific car crash which killed a young couple and their newborn baby. How can that dead young woman look so like herself? Why was there no evidence of the baby’s body left behind in the charred car?

Piece by piece Chance’s whole world, indeed her very existence, is called into question and with her innate attitude to truth versus lies, she’s not prepared to let her suspicions rest.

This is a pretty intense story as Chance stumbles from one revelation to another, all the time driving a bigger wedge between herself and the woman whom she has always known as her mother. It’s the support of her Sudanese almost-family next door that helps her traverse the hard road to the shocking truth about her ‘fake’ life.

Exploring themes of honesty and love, the question of ‘what is family’ and forgiveness, this is a compelling read for tweens and teens.  This is a ‘coming of age’ narrative like no other I have read and I recommend it highly for astute readers from around 12 years upwards. I fully expect to see this receiving the highest accolades from all the award committees. 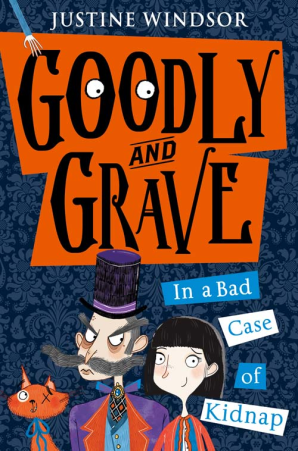 Lucy Goodly has been won in a game of cards against the strange Lord Grave, despite the fact that she has a  magical card to help her win. Her parents are inveterate gamblers – unsuccessful ones at that – and this time they have lost their only child who is now to be the new boot girl at Grave Hall.

Lucy finds some weird characters at the Hall including the bearded cook Mrs Crawley and Vonk the butler but also discovers a new friend in Violet the little scullery maid. However, there are strange things happening at this grand estate with its grounds filled with exotic animals.

As Lucy tries her best to figure out a way to escape her circumstances, news reports of missing children are increasing and when Violet too goes missing, Lucy decides it’s time to act. Little does she know she’s about to become embroiled in a war of magic – good against evil – and she has a hard time figuring out which side is which.

Why is the Red Lady from whom Lucy ‘acquired’ her magic card locked away in a remote tower with a little boy and two of the missing children? And what has the odious Havoc, once an enchanted raven, have to do with it all?

This is number one in a new series which children from around ten years up will enjoy both for its mystery and its humour. Illustrated throughout by Becka Moor the reader will get a very clear idea of just how strange Grave Hall and its occupants are as well as satisfaction with justice well served. 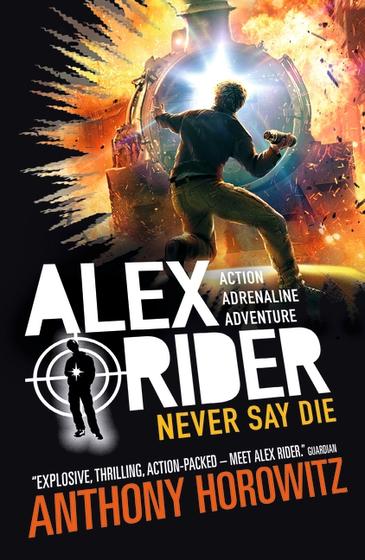 How absolutely apt that as we mourn the loss of the suavest Bond of them all – vale Sir Roger Moore – the new Alex Rider explodes into our reading lives with every bit of excitement that we have come to anticipate from the teenage spy.

When Anthony said that Alex’ career had come to an end we were all pretty sad. But unexpectedly, three years after what we thought was the last book in the series, the youthful hero is back. Following on from Scorpia Rising and the defeat of the international crime ring, Alex is living in America pretty unhappily, especially as he is still grieving for Jack Starbright, believed killed.

But the world has never had a shortage of villains (as we see so clearly in the news) and from Scorpia’s ashes have risen the Grimaldi brothers – eccentric and evil identical twins every bit worthy of being in an Ian Fleming book. When Alex receives a cryptic line of email he is positive that Jack is still alive and abandons America, his host family and school to find her.

From Egypt to Saint Tropez to a lonely corner of Wales, the action is super-charged and electrifying. Twists and turns abound as we know they will from such a master crime storyteller as the Grimaldis’ ingenious plot is revealed.

While some things have changed  – Mrs Jones is now head of MI6 replacing Alan Blunt – familiar faces are back, like Ben Daniels, Alex’ especial side-kick.

Alex Rider is back: back home, back in MI6 and the thick of espionage, back with his loyal Jack Starbright and back in our reading lists. Bring on some more please Anthony! This is a dose of adrenaline that we all love!

As you are aware there is quite a bit of violence in these but it’s not horribly graphic. I recommend them to my older primary students and upwards.

By the way, the whole series has been re-issued with some very spiffy new ‘dinner jackets’ – you can predict that they are already on my ‘to order’ list!

This one comes with my highest recommendation for thrill-seekers and I eagerly await more from Anthony’s fertile imagination.