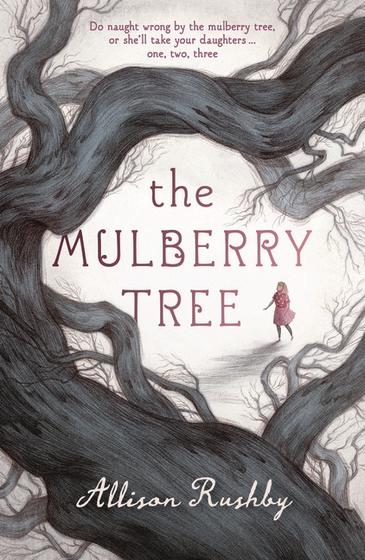 Immy is not well pleased at moving to England from Sydney. Her mother has a new job which carries some prestige, but her father is floundering – his previous career as a GP slaughtered by a tragedy. Their transition to Cambridgeshire is hindered by a narrow choice of rental properties but Immy decides on a thatched cottage that has a rather dark history and her parents are happy to go along with her choice in deference to her resistance to the entire move.

According to village legend, the huge mulberry tree in the garden of their cottage has already ‘stolen’ two girls on the eve of their eleventh birthday – and as Immy is about to turn eleven there is a hushed fear that the same will happen to her. But Immy is made of stern stuff and even while railing at her parents over the move – and her father’s depression – she refuses to give into fear over the tree’s influence.  Although, the strange ‘chant/song’ she keeps hearing is rather unnerving. Along the way, unexpectedly Immy makes friends of varying ages and discovers special bonuses in living in a new environment.

This is a fabulously ‘spooky’ story – not confronting to the extent that it would totally freak young readers out, but in that deliciously creepy way that demands the reading is page-turning.

It appears this is quite a skill for Allison Rushby. This telling of a story that is somewhat dark and certainly weird but not enough to scare the pants of kids – which is of course a real drawcard.

Boys and girls of around ten years upwards will love this story with its beautifully drawn characters – and in this I include the mulberry tree.

I highly recommend this for upper primary/lower secondary readers and look forward to Allison’s further writing.