What’s that I hear you ask? Carlo Collodi? You mean the Italian guy who wrote Pinocchio? Yep, that’s the one I mean. And no, I didn’t know he wrote anything else either! By the way, if you have never read the original story but are only familiar with the contemporarised versions (like Disney) you should!

For the first time ever Collodi’s ‘other’ story for children has been translated into English and has also been tweaked by Alessandro Gallenzi. Alessandro is the co-founder of Alma Books (Alma being the Spanish for ‘soul’). This independent publishing company produces around seventy titles a year, many of them translations of classics in languages other than English.

Aside from the fascination of all of this (and I do mean fascination) the story of Pipi is quite charming. With definite overtones of the world’s most famous marionette, Pipi is very different to his brothers not only in his silky pink fur but also because he is the naughty one.

From stealing a peasant’s pipe to losing his tail while tormenting an old blind crocodile to meeting a little boy named Alfred and then being captured by an infamous brigand, Pipi adventure’s are thrilling.

And just as the Fairy with the Turquoise Hair (you know D’s Blue Fairy) promised Pinocchio that he could become a real boy, the rabbit with the turquoise fur makes good on the promise that Pipi will regain his beautiful tail, if only he keeps his word.
I truly love that I can hear Collodi’s turn of phrase and expression in this translation. The story is followed by a wealth of extra material for readers with a glossary of monkey language, biographical information about the author including a letter to his child readers, details of the characters and even other ‘literary’ apes/monkeys.

All in all this is a delightfully different addition to any primary library collection. Not least of all because the message it provides to young readers holds just as true today as it did in 19th century Italy.
Highly recommended for readers from around 8 years upwards.

The expression ‘more fun than a barrel of monkeys’ has never been as evident as in this crazy chaotic new picture book from the duo who brought you Warning, Do Not Open This Book!.

Completely giggle-making for young readers, a bunch of monkeys plus a few assorted others are trapped inside a book which has been closed by a ruthless child. The only way to rescue them is to turn the pages and release the mayhem. But wait! By turning the pages the reader draws ever closer to the end – and the book will be closed again! ARGGGHHH!

With an irresistible power given to the reader, with the monkeys’ impassioned pleas to be kept unrestrained, this book will thoroughly engage readers from preschool up.

The striking illustrations are digitally composed and the black backgrounds (well after all it IS dark inside a closed book!) are relieved by primarily earth-toned compositions.

This pair’s first book was an E.B. White Read-Aloud Honor Book and received much praise.  This is definitely in every way its equal.
Visit Adam’s website here to find out more about the author and watch the book trailer.

Highly recommended for your small humans up to around age 8 (or older ones who love a giggle!).  Start your own campaign now – SAVE THE MONKEYS! 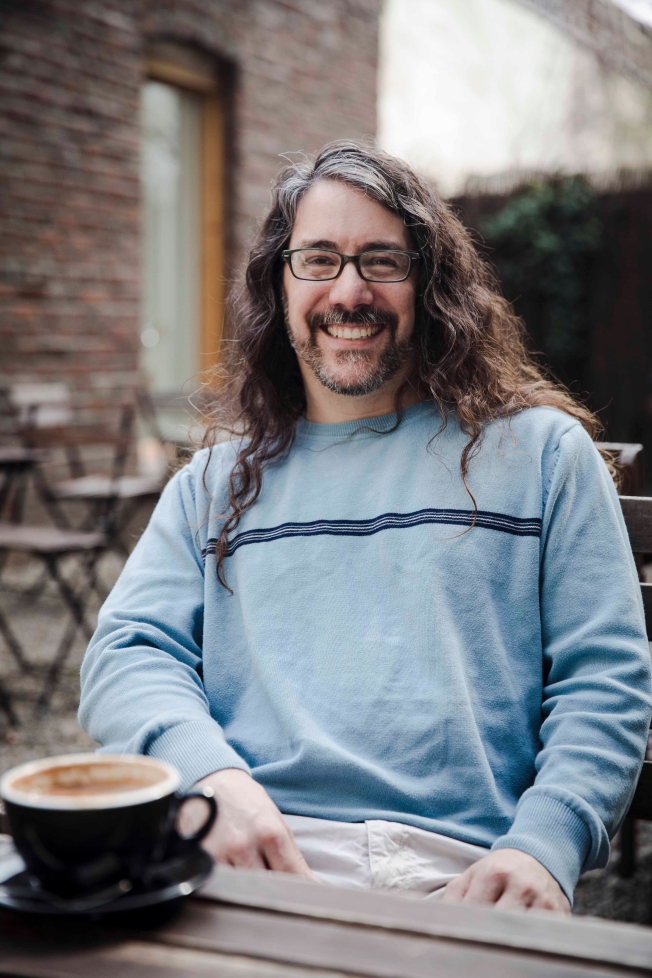