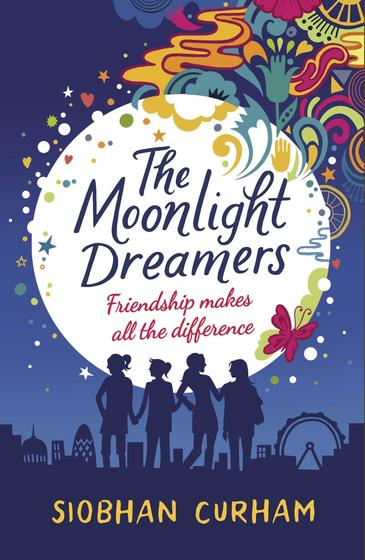 Four teenage girls couldn’t be more different in personality, home life, culture or beliefs; yet one thing brings them together. They are all fed up with other people, whether peers or adults, telling them how they should look, what they should wear, how they should think and behave. Each feels that there is worth in their own personal expression of themselves yet each is continually bombarded with negativity or bullying from others.

Amber is an Oscar Wilde devotee with two dads and a penchant for wearing tailored clothes and collecting anything vintage. Totally over being friendless and victimised by the fashionista clique at her school she sets about recruiting some like-minded girls for a ‘moonlight dreamers’ society.

More by chance than her planned design she encounters Maali, Sky and Rose.

Maali is a shy and reserved Indian girl whose passion is photography. She has an unwavering belief in Lakshmi the Hindi goddess of good fortune and prosperity. She longs to overcome her shyness enough to talk to a boy – after all, how will she find her soulmate if she can’t even hold a conversation with the opposite sex.

Sky lost her mum when she was eleven. Since then she and her dad Liam have travelled the world like gypsies as he teaches yoga in ashrams all over the globe. Now that she’s in her senior schooling, Liam has decided that they should be more settled and they have been living in their canal boat while Liam has pursued teaching yoga to the rich and famous. Their hippie lifestyle is under threat as Liam has fallen for an aging though still stunning model, Savannah. Moving in with Savannah means also moving in with her sullen daughter Rose, who is being pressured into being as beautiful and sought after as her mother. The monumental clashes between these two are epic.  Sky yearns to be a performance poet and Rose, in an unlikely rebellion against her mother has her heart set on being a pâtissier.

The rocky road of bonding between these four girls makes for a fabulous narrative and in my opinion accurately and truthfully reflects the often turbulent nature of teen girls.

This is a story about more than just friendship. It is about being true to yourself despite the obstacles in your path.

I highly recommend it for readers from around twelve up. There are some considerations for some as there is a sexting incident and some sexual references. However, I feel that in the context of the story these are a valuable lesson about the pressures put on young girls.